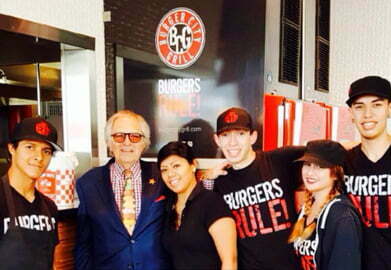 We serve ice cream and sorbet to over 100 restaurants, hotels, and country clubs in the Los Angeles area. Great chefs and pastry chefs trust us to make their desserts something special. 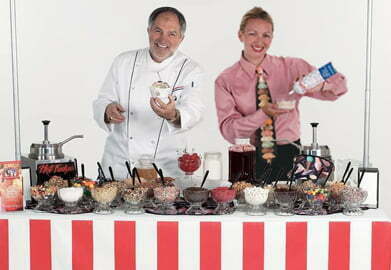 We serve hot fudge sundaes, shakes, floats, splits and more to corporations, television and movie sets, and private parties. We bring our homemade ice cream sundaes with up to 35 toppings to “The Tonight Show with Jay Leno”, The Walt Disney Company, Comedy Central, USC, and the Concern Foundation charity. 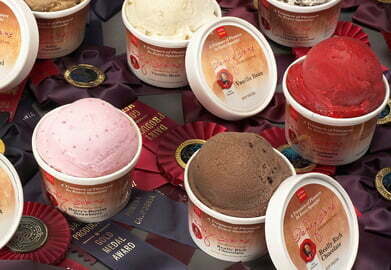 Who is Dandy Don?

Is There Really a Dandy Don?

Yes, Virginia, there is a Dandy Don. He sits quietly in his office smoking a cigar as you read this. So who is he? Below you can read the biography of this man and the company he built. Don Whittemore is a funny man with a huge personality who loves to make people happy. Good thing he makes ice cream, huh?

Once Upon A Time (circa 1962 – 67), Don was a stand-up comedian. He worked under the name Don Harris in Atlanta, Miami Beach & Newport, KY. (Check out his snazzy tux in this ancient head shot.) If you have some free time one day, ask him to tell you some jokes.

The next part of this biography starts just after that but still long long ago, in the Time Before CDs. Don was in the record business. He convinced DJs to play records by Frank Sinatra, Elvis, The Beatles, David Bowie, and Cat Stevens (to name a few). Some of those records went gold. Here’s a photo of him with New York disc jockeys Wolfman Jack (on the left) and Murray The K (center).

In the late ’70s, Don decided to leave the record business for good. Too much temptation for a family man, he thought. And too few creative DJs.

In 1981 Don and his lovely wife Linda (pregnant with their second child) bought an ice cream shop in Tarzana, California called The Creamery. They thought it would be a gold mine. They were wrong. So they worked their keesters off, got into the wholesale business, and began a catering division. These are photos of Don (photo on the left, 3rd from the left) and Linda (photo on the right) at one of their first hot fudge sundae bar catering gigs at the Directors’ Guild of America. This is how the catering division of their company—now with over 1,000 customers—got its start.

They no longer have The Creamery, or any retail shop. But they have begun putting their homemade ice cream into pints, so once again regular folks can buy their product retail. Funny how things come full circle, even if they do take 20+ years. Don’s favorite part of doing business is dealing with people. He loves talking to his clients, making ice cream with them, and helping them promote their businesses. He loves selling his ice cream to new clients, finding out what they want, tempting them with great service. He just loves people. And he loves making people happy. Good thing he makes great ice cream. 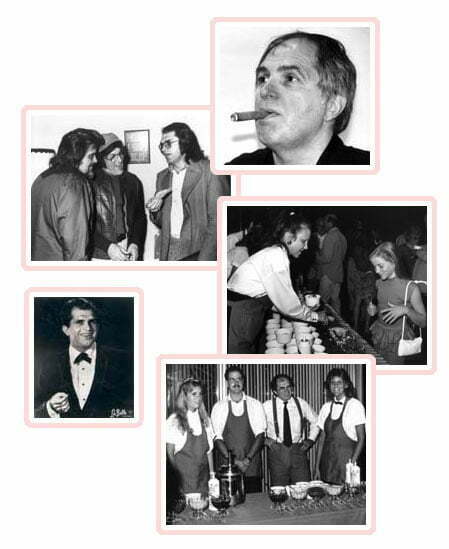 A partial client listing we have catered events for...